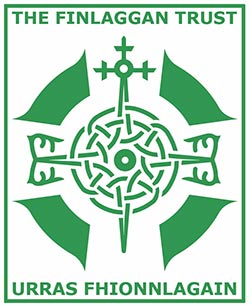 The Finlaggan Trust’s funding appeal for a new walkway has been given a major boost with a pledge of £10,000 from Skye-based charity the Clan Donald Lands Trust. Combined with donations from the local community and other benefactors, this donation will set the Finlaggan Trust well on its way to raising the £30,000 needed to complete this essential project.

The two trusts have a shared interest in promoting Clan Donald history and heritage. Clan Donald Lands Trust was founded in 1971 to purchase and preserve some of the last lands in Clan Donald ownership in Sleat, south Skye. At the heart of these lands is Armadale Castle, Gardens & Museum of the Isles, now a thriving visitor attraction which includes a museum dedicated to Highland and clan history. The story of the medieval Lords of the Isles, and their base at Finlaggan on the isle of Islay, is an important part of the museum narrative.

The Finlaggan Trust was established in 1984 to protect and promote the historic site of Finlaggan. As the former administrative and ceremonial seat of the MacDonald Gaelic Lords of the Isles—whose vast territories endured for over three-hundred years—Finlaggan’s place in the shaping of Scottish identity is little known but crucial nonetheless. Initially, the Trust’s key aims were to stabilise and preserve the ruins on Eilean Mòr and Eilean na Comhairle (the two islands that form the core of Finlaggan), to protect and preserve the carved grave slabs on Eilean Mòr and to create and maintain an interpretive centre for visitor use. Later, in 2007, a 107m wooden walkway was constructed to allow pedestrian access to the site.

Sir Ian Macdonald of Sleat, chair of trustees of Clan Donald Lands Trust, said: ‘We are delighted to support this extremely worthwhile appeal. Our two organisations have a shared interest in promoting the culture, traditions and heritage of the clan. Finlaggan is a vital part or the Clan Donald story which we celebrate in our museum, and this donation will strengthen our existing working relationships. We are looking forward to watching the project develop and encourage others with an interest in clan heritage to support the appeal.’

Richard Russell, chair of the Finlaggan Trust, said: ‘We would like to thank the trustees of Clan Donald Lands Trust for this generous donation. We have had a long association with the trust who also supported the National Museums of Scotland’s excavations at the site between 1990 and 1997 and were instrumental in publicising Finlaggan initially. As the cradle and spiritual home respectively, our two organisations complement each other perfectly.’

Dr. David Caldwell, director of the excavations and one of the trustees of the Finlaggan Trust, added: ‘The support of Clan Donald was crucial when the excavations were being undertaken, not just because of the generous provision of funding but because it raised awareness and interest amongst MacDonalds and other clansmen to the significance of Finlaggan.’ Dr. Caldwell continued: ‘As a result, I have been privileged over the years to talk about the excavations to clansmen worldwide. The magic and beauty of the place always inspires those who see and hear about it. Going forward, there are tremendous opportunities for the two trusts to provide further support for each other’s activities and initiatives—a bridge from Islay to Skye.’

To assist it further in this vital project, the Finlaggan Trust has launched a JustGiving campaign, allowing anyone to contribute online. Donations can be given by going to www.justgiving.com/campaign/Finlaggan2021 and clicking on the ‘Give Now’ button. Alternatively, contributions can be made by contacting the Trust directly at finlaggan@outlook.com.

There are few locations in the west of Scotland with such a breadth of history as Finlaggan. Please help us maintain this beautiful and evocative site for generations to come.

The Finlaggan Trust is looking to build a new walkway that will replace the current aged structure and allow continued access to the historic site, “The Ancient Seat of the Lords of the Isles”. We have already secured partial funding from a number of sources and are able to contribute a certain amount ourselves, but there remains a £30,000 shortfall in the £86,000 total nonetheless. If successful in our fundraising we hope to begin work in September/October 2021, with a five- to seven-week timescale for completion of the build, C-19 restrictions and weather conditions permitting.

Please help us with this vital maintenance project. The Lordship of the Isles needs you/Tha feum aig Rioghachd nan Eilean ortsa. With a new walkway the site would remain accessible and open to the public, allowing the Trust to continue to safeguard and promote this beautiful and precious asset for the enjoyment of present and future generations.

For more information on this vital project, and how to help, please see our JustGiving campaign page at https://www.justgiving.com/campaign/Finlaggan2021. Thank you for any assistance you may be able to provide. It is deeply appreciated.

With 2020 drawing to a close the Finlaggan Trust would like to thank all those who visited the historical site over the last year. It has been a challenging time for all and we would like to again offer our apologies for the enforced closure of the Finlaggan Visitor Centre.

However, essential maintenance work was necessary during the summer and it was felt that, with the ongoing travel restrictions in mind and the ever-changing situation at home and abroad, this would be the best time to complete it. We will continue to keep you updated on the situation here at Finlaggan via our social media posts as “events” unfold.

Finally, our heartfelt best wishes to all during the festive season and the year ahead. The continued support of all—past, present and future—who visit this evocative site is greatly appreciated. Stay safe.

With a number of heritage centres throughout the UK having partially re-opened, the Finlaggan Trust has regretfully decided that it will be unable to follow suit until some essential Covid-19-delayed maintenance work can be completed. We hope to have this done by September but will keep you informed as circumstances dictate. The historic site though does remain open and we hope that it will continue to attract all those interested in Somerled, the Lords of the Isles and the history of Clan Donald.

In addition to the above, the Trust would also like to offer a heartfelt thank you to all those who have visited Finlaggan this year and left donations in the honesty box. Under normal circumstances every penny received is gratefully accepted and helps in the upkeep of the site and Visitor Centre. But in light of the current “situation” such assistance is all the more keenly appreciated. Again, we thank you all for helping to preserve one of the most beautiful and historically important sites in Scotland.

The Finlaggan Trust welcomes participation in an online Virtual Tour of Finlaggan, the former Seat of the Lords of the Isles, which will take you back to Islay during the height of the Lordship’s power in the fifteenth century. The tour will be given by Dr. David Caldwell, President of the Society of Antiquaries of Scotland, and lead archaeologist of the site during the excavations in the 1980s–90s.

The tour will feature a digital reconstruction of the site, drone footage of Finlaggan and related locations around Islay, and photogrammetrical reconstructions of key artefacts, see below, discovered during the past excavations. Taking place on June 4 at 2pm with a repeat showing at 7.30pm, please check www.facebook.com/OpenVirtualWorlds and our Facebook, Instagram and Twitter feeds for information on accessing the tour and frequent updates on the project. 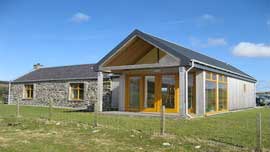 The Finlaggan Visitor Centre is now closed for 2021. We hope to re-open in time for Easter 2022.

When visiting the historic site, dogs are to be kept on a leash at all times. We only welcome guide dogs inside the Visitor Centre.